What would you wish for your 21st birthday? If you’re like the team at Rhino-Rack then it would be a bunch of mates, a campsite and a mountain with heaps of 4WD tracks ready to be tackled. That’s exactly what 21 year-old James Cameron (not the Avatar and Titanic filmmaker) did!! Rhino-Rack spoke with James about his birthday adventure and the famous Landcruiser Mountain Park. 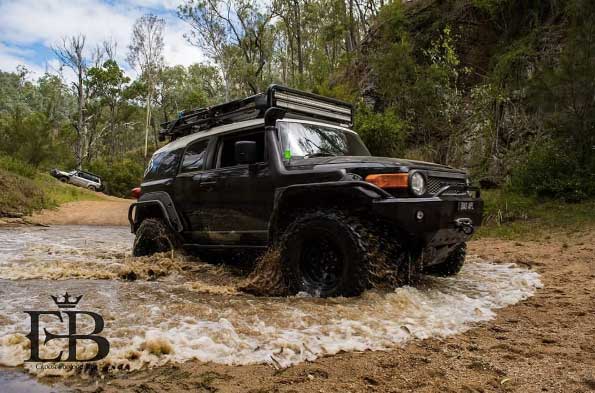 (All Images supplied by @jameslcameron) 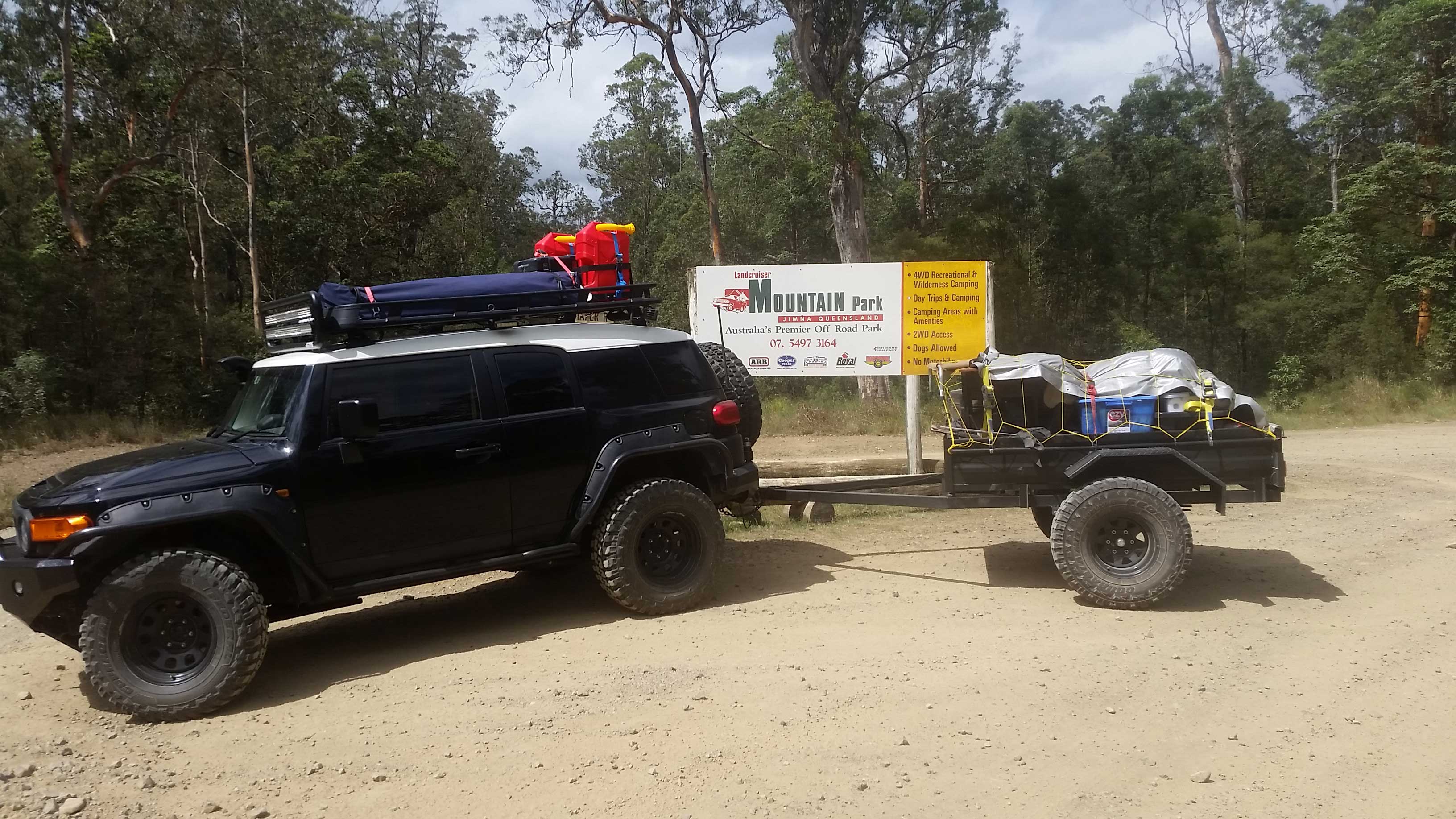 Rhino-Rack: What is it about exploring the outdoors that gets you fired up?

James Cameron: Seeing new places, relaxing with mates and doing a bit of off-road 4x4ing. It’s amazing the community we have! I met about 20 of the guys from my 4x4 club Elite Breed 4x4 which has 300 members and only started a few months ago.

Rhino-Rack: How did you prepare for the trip? What are the important steps to take?

James Cameron: I bought an old box trailer and built a new frame for it. Then I bought some Rhino-Rack gear and focused on a lot of intricate packing. 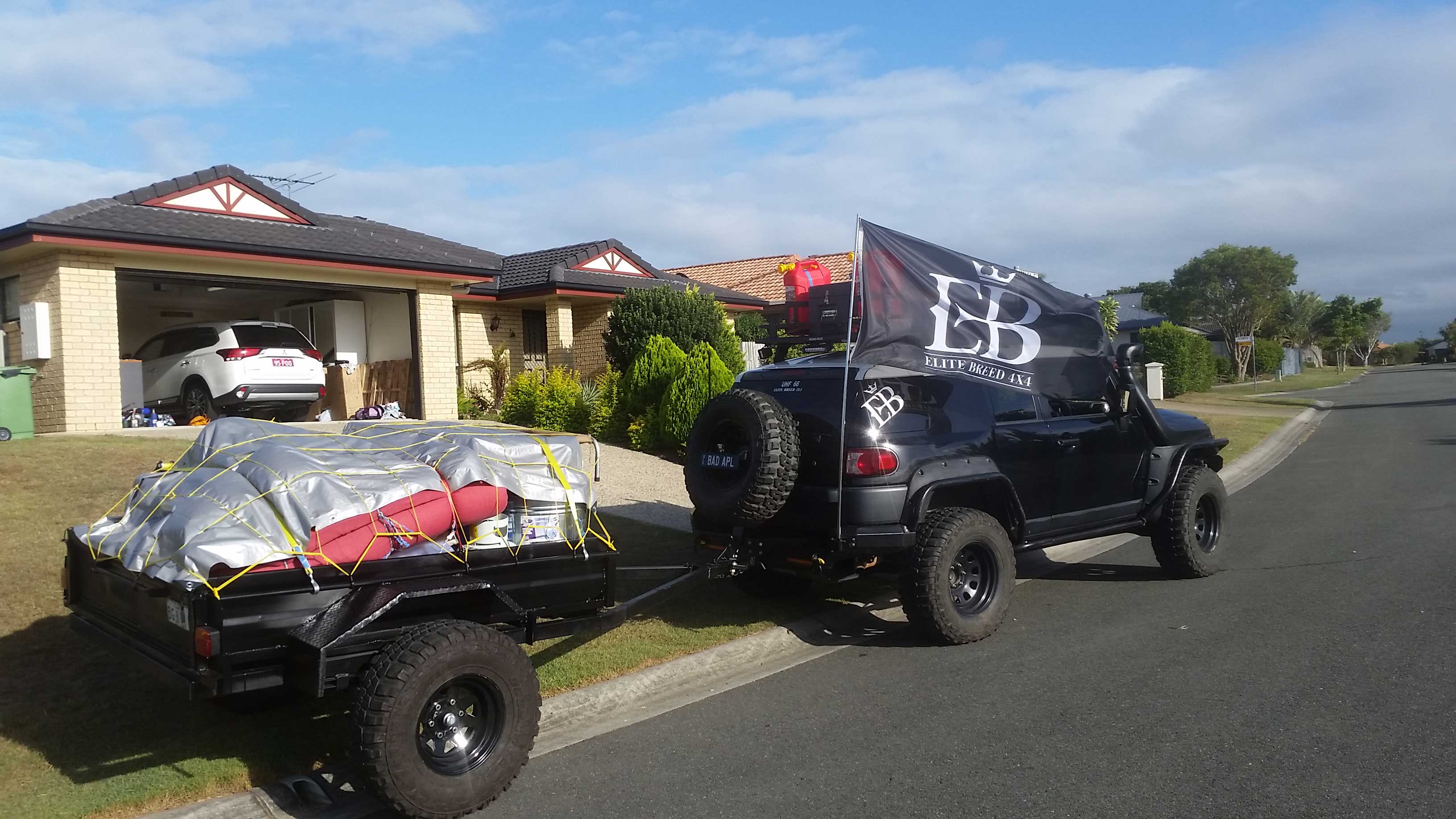 Rhino-Rack: What are the weather and terrain conditions like at Landcruiser Park?

James Cameron: Weather was great! Nice and hot with short rain sprinkles that cooled the earth down and settled the dust. The tracks were extremely rough out there and that was absolutely awesome.

Rhino-Rack: What was it you intended to do/see/experience there?

James Cameron: I just wanted to tackle some tricky tracks. Most of all I wanted to hit the Famous Camp Rd. 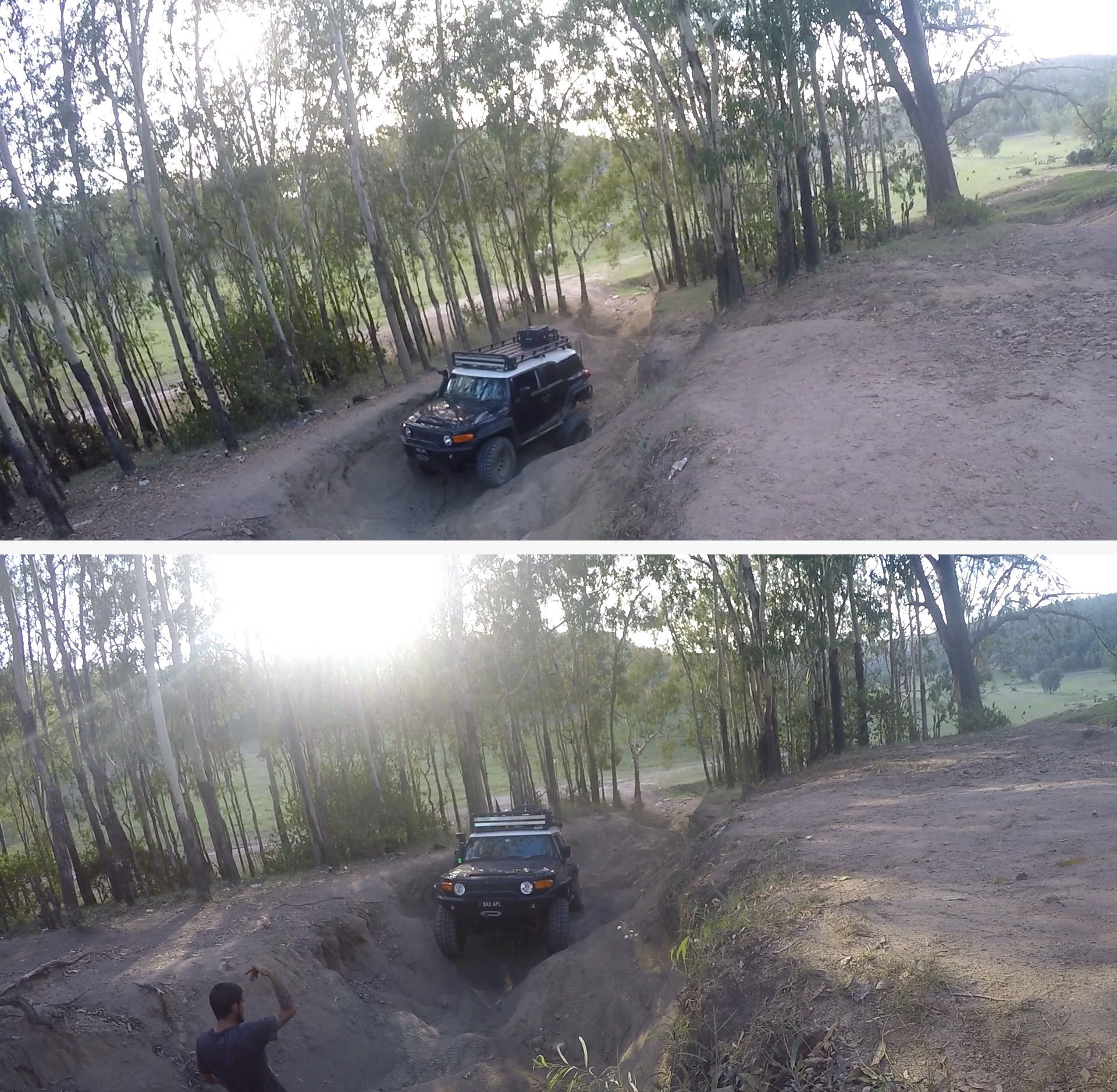 Rhino-Rack: Did you accomplish that?

James Cameron: Sure did! I got it done and unlocked which was even better, didn’t lock the diffs in all week!

Rhino-Rack: How did Rhino-Rack products help to facilitate your adventure?

James Cameron: Rhino-Rack products like the Pioneer Tray supplied extra storage space, with Jerry Can Holders I was able to take an additional 40L of fuel and the Rhino-Rack Tie Down Straps made packing easier and more secure. The roof racks provided much more storage that I really needed. I was able to strap down my fridge and it didn’t move a bit oh and also the Rhino-Rack Hi Lift Jack for those just-in-case times.

Rhino-Rack: Did you face any obstacles along the way and how did you get around them?

James Cameron: On the trip, I snapped a sway bar link hitting a pothole in turn which tore up my cv boot. At the start we just did bush mechanics to get us by, then we duct taped the boot and ratch-strapped the sway bar up to the uca. That didn’t last long so we ended up grabbing a sock saver from the brother in-laws rig, jammed a heap of grease in and hose clamped one end on and zip-tied the other, worked a treat and lasted until the end of my trip. 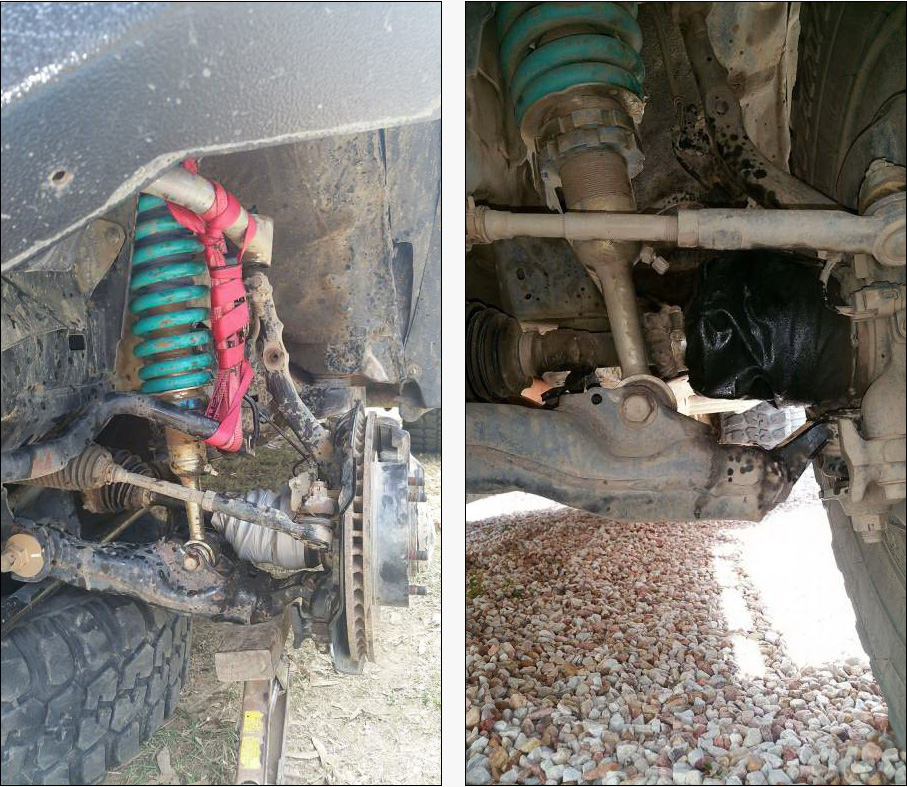 Rhino-Rack: Where’s the next adventure?

James Cameron: I would love to do Cape York and the Simpson Desert, two trips that would be awesome but need a bit of planning, my next trip will be to Fraser Island after seeing the last few Customer Adventure Series. 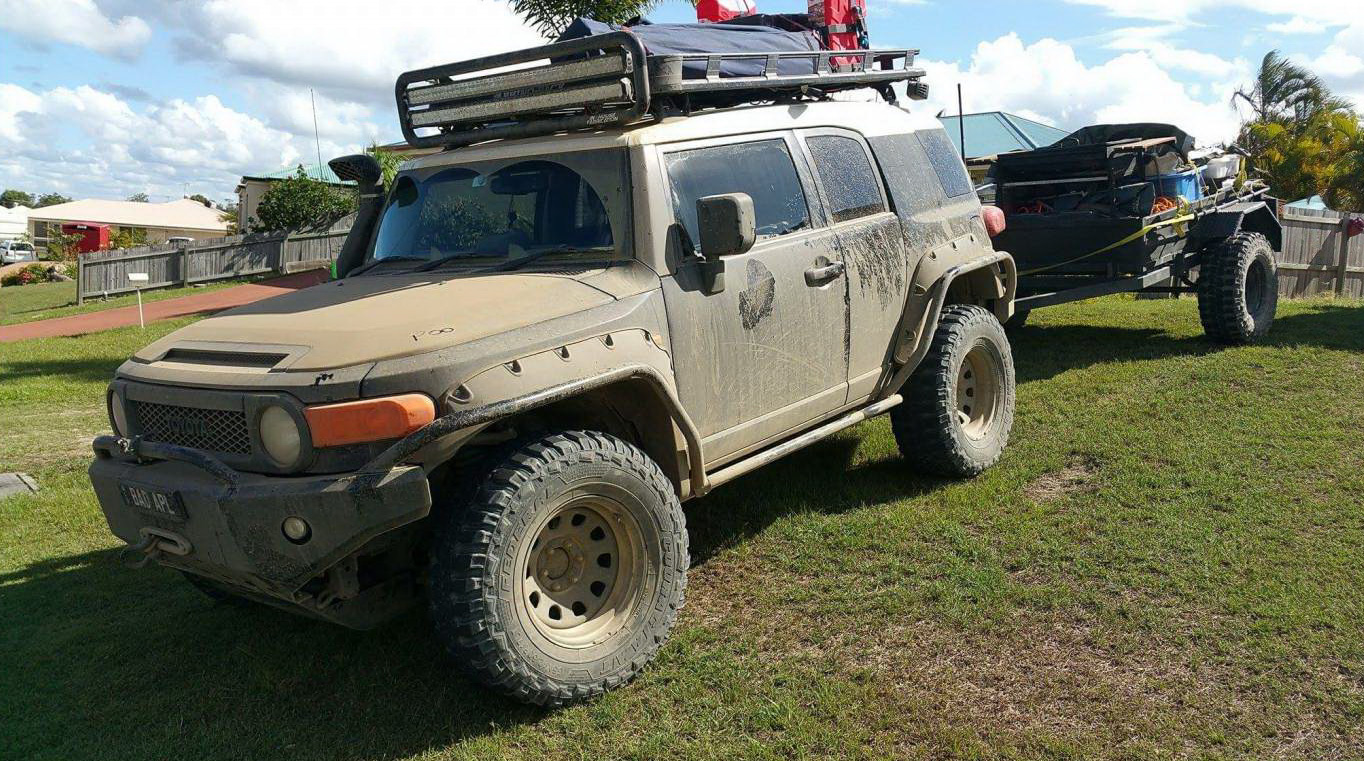